Where are the Best Online Slots? At Jackpot Capital!

Diamond Mine is the quintessential 3-reel slots game. On the surface, it presents the nostalgic look of the old-fashioned mechanical slot machines. Inside, it is fully up to date with cutting edge 21st-century computer technology. A century ago, 3-reel slot machines were known as one-armed bandits; today, we can call them online bandits.

Diamond Mine online slots has three reels and one payline, straight across the center of the reels. The symbols are traditional slot machine symbols: single and double bars, lucky red 7s, golden dollar signs, and—naturally, as befitting the name of the game—diamonds. Like most 3-reel slot gams, Diamond Mine is easy to learn and easy to play but it is still a lot of fun and it can still reward you with real money payouts.

Check out our huge selection of mobile and desktop casino games and get spinning to win! 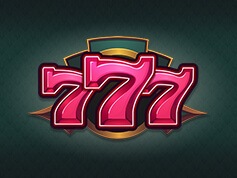 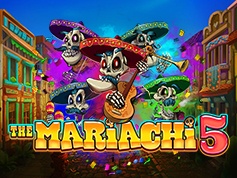 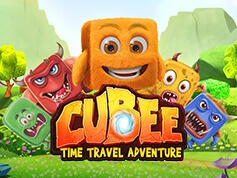 T-Rex is a fine example of the more sophisticated features that appear in the 5-reel slot games at Jackpot Capital. There are 25 paylines that zig and zag in various configurations across the reels. The slot machine symbols are original colorful graphics that revolve around the T-Rex theme: T-Rex himself, of course; various other species of dinosaurs including Stegosaurus, Triceratops, and Ankylosaurus; elements of the dinosaurs’ environment like a volcano and a palm tree; and a T-Rex dinosaur egg ready to hatch.

The Dinosaur Egg is a scatter symbol. If two or more Dinosaur Eggs appear scattered anywhere on the reels—even if they are not on a payline—you win a prize. And if three or more Dinosaur Eggs appear, you are in for a real treat: the Free Games Feature, in which you get up to ten Free Games for each of your scattered Dinosaur Eggs. And during the Free Games, a very interesting thing happens: whenever T-Rex appears on Reel 3, he will eat all other dinosaurs appearing on the reels and replace them with T-Rex symbols, resulting in multiple wild T-Rex symbols and thus in multiple payouts. This was a very exciting element of life in the Cretaceous Period and it is now a very exciting feature for the modern online slots player.

Lucky 6 is an absolutely charming six-reel slots game based on The Luck of the Irish. The wild symbol and 2X multiplier is the Rainbow with the proverbial pot of gold at the end, and other symbols include the smiling Irish Leprechaun and various assorted elements of Irish tradition and mythology: the Pot of Gold, the Four-Leaf Clover, the Horseshoe, the Toadstool, the Wishing Well, the gold-buckled green elfin boots, the Rabbit, and so on.

One unusual feature of Lucky 6 is that the paylines run right-to-left as well as left-to-right, effectively doubling your chances of winning. Another great feature is the scatter symbols comprising the word LUCKY6. Depending on exactly where the scatter symbols appear, they can award you up to 25 Free Spins plus additional goodies like extra wild symbols and multipliers up to 5X.

At Jackpot Capital Casino, they don’t care what country or continent or culture you come from. Everybody is welcome to be Irish for the day and to enjoy the luck of the Irish with Lucky 6 six-reel online slots.

Remember, the Progressive Jackpot has no limit. It gets bigger—it progresses—any time anybody plays Aztec’s Millions anywhere in the world, until some lucky player hits the jackpot. And that lucky player could very well be you.